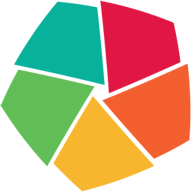 Bethlehem Baptist Church started in The Bethlehem Hall in 1988 under the leadership of evangelist Tom Frew and his wife Aileen. This small group of people spent a number of years meeting in the Te Puna hall before making the change to Bethlehem.

The church grew and developed networks into the local community, as well as establishing a very confident overseas ministry partnership with YWAM Marine Reach. These early days were exciting as God began to fill the noisy old hall with new believers.

In 1995, Craig & Michaela Vernall came from Carey Baptist College upon Tom Frews retirement. (Tom in fact spent another 15 years in full time ministry and is now retired and in his 80’s)

Bethlehem Baptist has always been blessed with passionate people who want to spend their lives in valuable service for Jesus. Over the years we have had hundreds of people enjoy seeing Jesus touch people’s lives through the different ministries.

Bethlehem Baptist has always had a high focus upon families and children. The commitment made to young people has always been a priority with our weekend and mid week programs.

And as the church has grown, there’s been the ability to identify and serve different needs and ministry opportunities both locally and overseas. This website will show you more about these ministries.

Some of the larger events on our calendar have been the Night Before Christmas and the Easter Journey which have introduced thousands of people to the message of Jesus.

We at BBC know we are a blessed people. As the Lord told Abraham in Genesis 12. “We are blessed to be a blessing.” We hope our church community will be a blessing to you.

Transforming lives and society into the likeness of Christ, in Tauranga, New Zealand and the world.

We seek much more than to build Bethlehem Baptist Church, we seek to build a community of believers. Kingdom building is the priority and our success is measured in what we give, not what we accumulate.

We are a community that expresses the life of Christ, His work of redemption and the hope of grace to humanity

To create a culture of commitment where people express their commitment to Christ through the church.

To create a learning environment where faith is matured with a direct impact upon ministry.

To create a culture of inspiration and confidence through which all people can express themselves in fresh ways.

To create structures through which the faith and responsibility to the faith can be passed from one generation to the next.

To create worship experiences that are both transcendent and transformational.

Stay connected and up to date, in real time, with what is happening at Bethlehem Baptist Church. This app will give you access to recent audio and video sermons, along with our weekly bulletins, church calendar, built-in Bible and more. Stay plugged in by downloading our app today!

or signup via email to receive our weekly bulletin. Click here